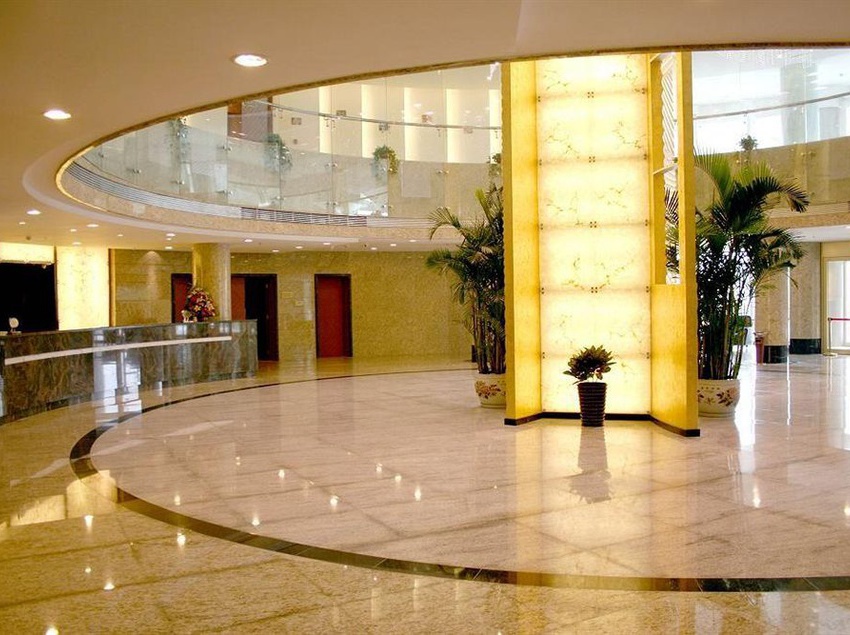 Located in Tianjin, King Hall Hotel Tianjin is in the business district and close to Zhou Enlai Memorial Hall and Nankai University. This 4-star hotel is within the vicinity of Tianjin University and Zhongxin Park. Take advantage of recreation opportunities including a health club and a sauna. Additional features include complimentary wireless Internet access, concierge services, and gift shops/newsstands. Featured amenities include a 24-hour business center, a computer station, and complimentary newspapers in the lobby. Planning an event in Tianjin? This hotel has 1222 square feet (114 square meters) of space consisting of a conference center, conference space, and meeting rooms. Make yourself at home in one of the 207 air-conditioned rooms featuring refrigerators and LCD televisions. Complimentary high-speed (wired) Internet access keeps you connected, and satellite programming is available for your entertainment. Private bathrooms have complimentary toiletries and hair dryers. Conveniences include phones, as well as safes and desks.