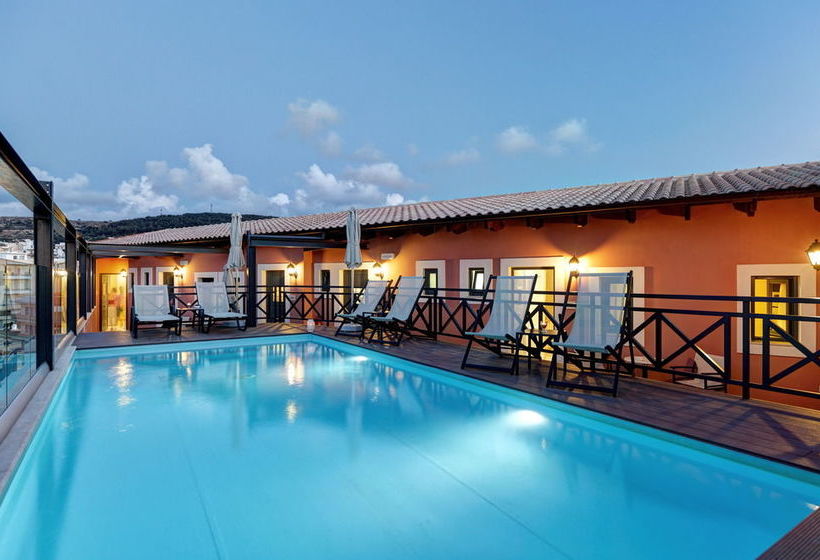 With a stay at Ionia Suites in Rethymnon, you'll be minutes from Kara Mousha Pasha Mosque and Rethymnon Town Hall. This hotel is within close proximity of Ecclesiastical Museum and Rethymnon Cathedral. Head down to the water and enjoy a day at the private beach, or take advantage of other recreational amenities, which include a seasonal outdoor pool. Additional features include complimentary wireless Internet access and a television in the lobby. Featured amenities include a business center, a 24-hour front desk, and an elevator (lift). Make yourself at home in one of the 20 air-conditioned rooms featuring kitchenettes with refrigerators and stovetops. Rooms have private furnished balconies. Wired and wireless Internet access is complimentary, while 32-inch plasma televisions and DVD players provide entertainment. Conveniences include phones, as well as safes and microwaves.