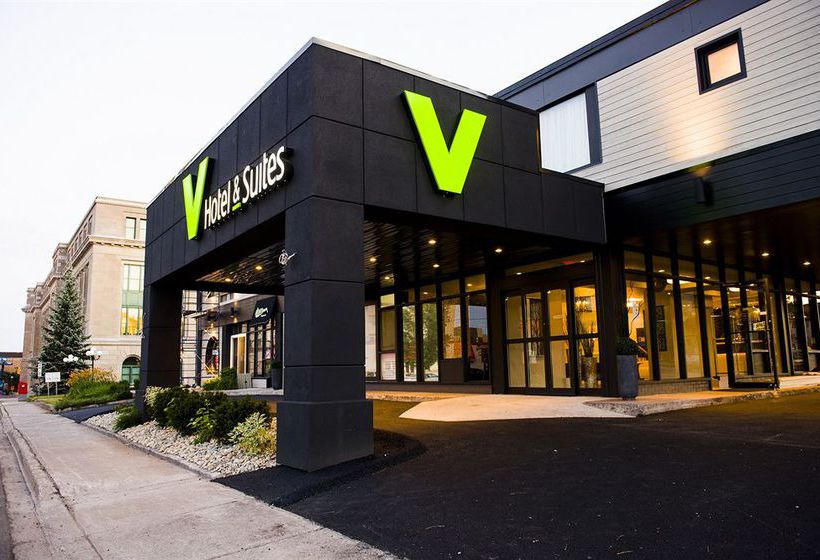 V Hotel & Suites is in the heart of Moncton, walking distance from Moncton Market and Moncton Capitol Theatre. This hotel is within close proximity of Theatre L'Escaouette and Acadian Museum. Be sure to enjoy recreational amenities including an indoor pool and a spa tub. Additional amenities include complimentary wireless Internet access, a fireplace in the lobby, and a television in the lobby. Featured amenities include a business center, a computer station, and complimentary newspapers in the lobby. Make yourself at home in one of the 56 air-conditioned rooms featuring refrigerators and plasma televisions. Complimentary wireless Internet access keeps you connected, and cable programming is available for your entertainment. Bathrooms have shower/tub combinations and hair dryers. Conveniences include complimentary newspapers and coffee/tea makers, as well as phones with free local calls.