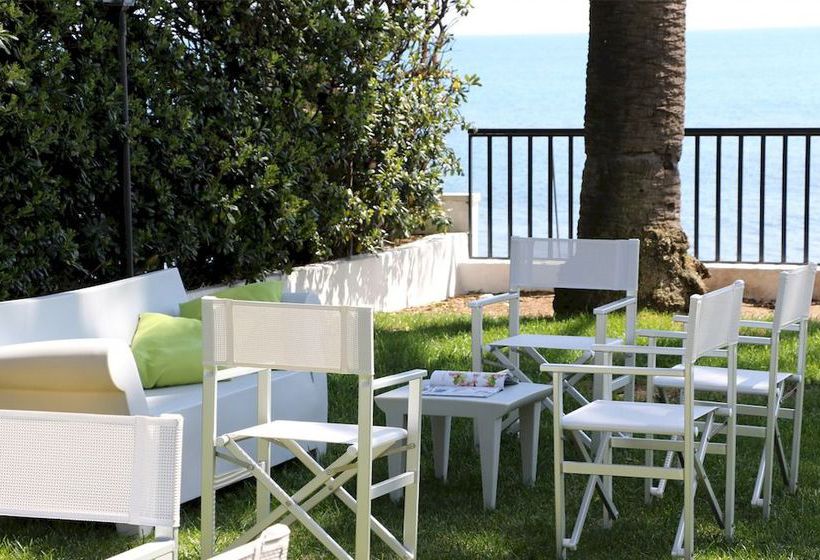 When you stay at Hotel Villa Delle Palme in Santa Marinella, you'll be on the boardwalk and within the vicinity of Forte Michelangelo and Port of Civitavecchia. This hotel is within the vicinity of Terme Taurine and Castello di Santa Severa. Take in the views from a garden and make use of amenities such as complimentary wireless Internet access and concierge services. Additional features include a television in the lobby and tour/ticket assistance. Featured amenities include a 24-hour front desk, luggage storage, and an elevator (lift). A roundtrip airport shuttle is available for a surcharge. Make yourself at home in one of the 22 air-conditioned rooms featuring minibars and LCD televisions. Complimentary wireless Internet access keeps you connected, and satellite programming is available for your entertainment. Bathrooms have showers and hair dryers. Conveniences include phones and safes, and you can also request cribs/infant beds (surcharge).