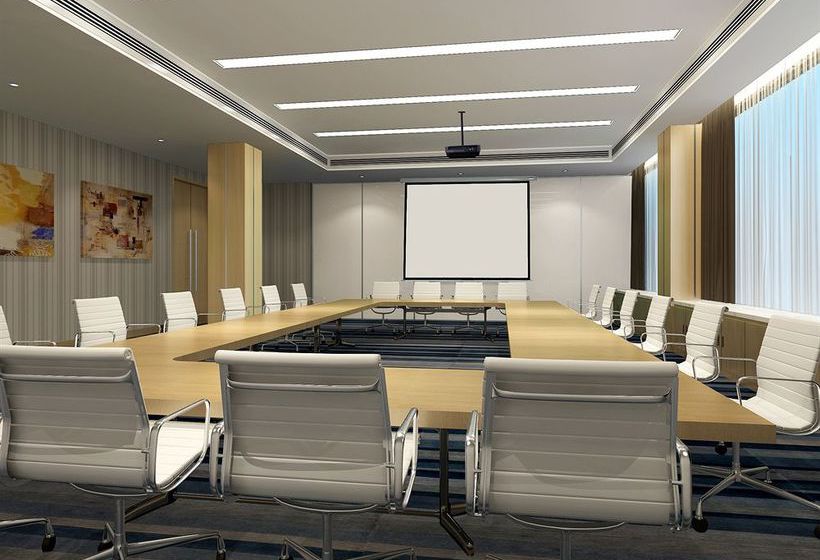 When you stay at Holiday Inn Express Zhengzhou Airport in Zhengzhou, you'll be near the airport and within the vicinity of Zhengzhou Ostrich Park. This hotel is within the region of Century Amusement Park. Make use of convenient amenities such as complimentary wireless Internet access, concierge services, and shopping on site. Featured amenities include a business center, complimentary newspapers in the lobby, and multilingual staff. Planning an event in Zhengzhou? This hotel has facilities measuring 958 square feet (89 square meters), including a meeting room. Make yourself at home in one of the 242 air-conditioned rooms featuring minibars. Complimentary wired and wireless Internet access keeps you connected, and satellite programming provides entertainment. Private bathrooms have rainfall showerheads and complimentary toiletries. Conveniences include phones, as well as safes and desks.