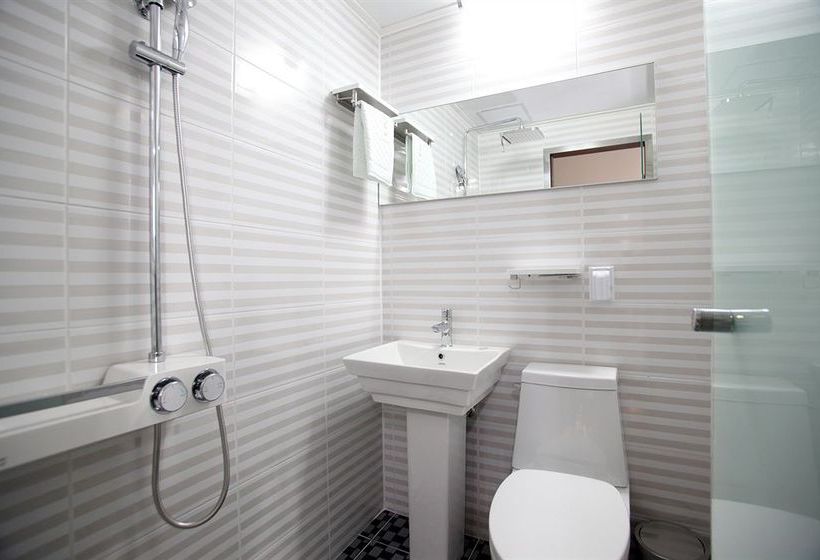 With a stay at K-Pop Hotel Seoul Station, you'll be centrally located in Seoul, steps from Seven Luck Casino Millennium Seoul Hilton Branch and minutes from Culture Station Seoul 284. This guesthouse is close to Gyeongbok Palace and National Museum of Korea. Take in the views from a rooftop terrace and make use of amenities such as complimentary wireless Internet access and tour/ticket assistance. Featured amenities include complimentary high-speed (wired) Internet access, a business center, and a computer station. Limited parking is available onsite. Make yourself at home in one of the 26 air-conditioned rooms featuring refrigerators and LED televisions. Complimentary wired and wireless Internet access keeps you connected, and cable programming provides entertainment. Private bathrooms with showers feature rainfall showerheads and complimentary toiletries. Conveniences include complimentary bottled water and washers/dryers, and housekeeping is provided daily.