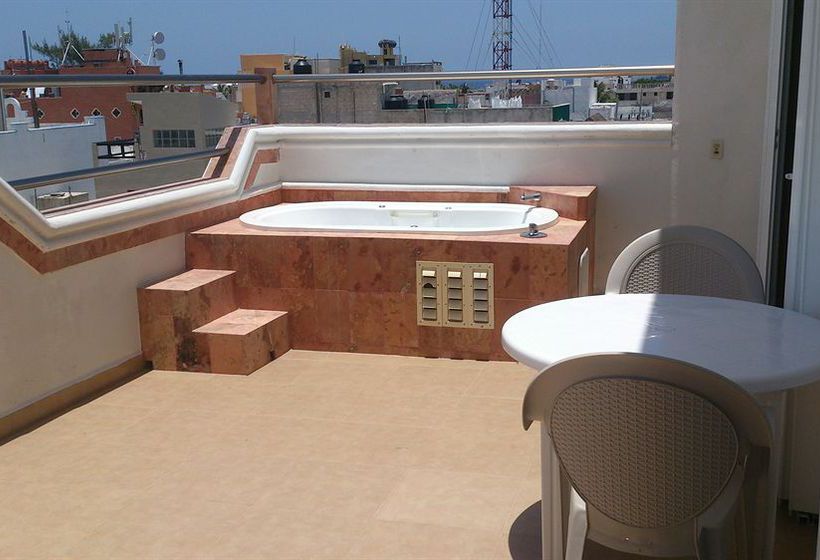 With a stay at Hotel Kinich in Isla Mujeres, you'll be by the sea and close to Dolphin Discovery and Costa Occidental de Isla Mujeres National Park. This hotel is within the vicinity of Playa del Norte Isla Mujeres and Garrafon Natural Reef Park. Take in the views from a terrace and make use of amenities such as complimentary wireless Internet access and a television in the lobby. Featured amenities include a 24-hour front desk, luggage storage, and coffee/tea in the lobby. Make yourself at home in one of the 10 air-conditioned rooms featuring refrigerators and flat-screen televisions. Rooms have private balconies. Complimentary wireless Internet access keeps you connected, and cable programming is available for your entertainment. Private bathrooms with showers feature complimentary toiletries and hair dryers.